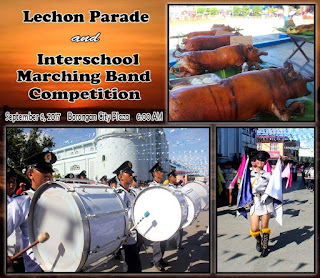 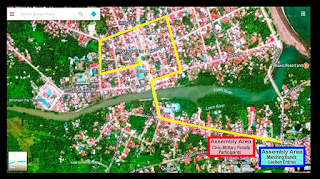 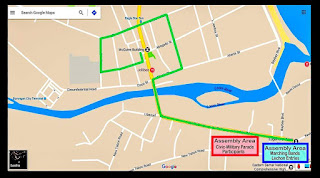 This year, as the Civic –Military Parade joins the Lechon Parade and Interschool Marching Band Competition on September 6, the assembly areas will be ESNCHS Campus and Capitol Grounds.

The Committee shall adapt the agency clustering from the previous years. This year however, all Civic-Military Parade participants shall utilize the Capitol Grounds as assembly area, and all Marching Bands and Lechon entries shall assemble at the ESNCHS Campus.

Markers shall be positioned in the areas designated to the different clusters. Parade Marshalls shall be stationed in each area to guide and assist parade participants find their area assignments.

Copies of the Order of Parade shall be distributed to all participating agencies for guidance.

The Marching Band Competitions and judging for the best tasting Borongan lechon shall immediately follow upon arrival at the plaza.

The Parade shall start at exactly 6:00 o’clock in the morning.